"The wrath of God is being revealed from heaven against all the godlessness and wickedness of people, who suppress the truth by their wickedness, since what may be known about God is plain to them, because God has made it plain to them. For since the creation of the world God’s invisible qualities—his eternal power and divine nature—have been clearly seen, being understood from what has been made, so that people are without excuse."
- Romans 1:18-20

God Does Exist and Men are Without Excuse for Not Knowing

The existence of the universe and all that has been created in that universe proves the existence of a greater being.  Logic demands that since we find our existence in a physical world in a measurable reality there had to be:
This origin, power, design, purpose and intelligence are all manifestations of deity. For Paul, and most logical people, this is adequate evidence of God’s existence. But, what is more important is that God considers this to be adequate information for any man born into this created world. Each man should be able to recognize and come to grips with God’s existence. A person that says, “I don’t see any way to prove there is a God,” will have to face up (or, more likely fall face down) to the God who says that his presence was “clearly seen, being understood from what has been made, so that people are without excuse.”
God is not hiding. God is not trying to sneak up on people. In fact, God created a world that fully proves his existence and comes complete with visible indications revealing those invisible qualities of his own personal nature.
We want to share the knowledge of God. We want to spread the Gospel and teach the Word of God. We should be able to apologetically defend the proof of the existence of God. But, in the end, there really is no excuse for anyone who rejects God, because as Paul says:
“What may be known about God is plain to them, because God has made it plain to them.”

God has given more than hints of his existence! Much more! Paul writes that “God has made it plain!” So, if someone should miss the memo that proclaims God’s existence, a memo that is written throughout the universe on the largest star in the most distant galaxy or with in the smallest detail of microscopic DNA code, it is their own fault, because God’s existence is:
“…clearly seen, being understood from what has been made, so that people are without excuse.”

Yehudi (Hb) - Jew (Eng) - the Hebrew yehudi is translated "Jew" and comes from the name of the land inhabited by the tribe of yehudah (Judah). The Hebrew word for Jews, plural, is formed by simply adding the -im to make yehudi into the plural yehudim.

Do I understand how to present proof of God's existence?
If someone asked, "Is there really a God?", could I present an intelligent response based on facts and logic,and not mere feelings or blind faith?
I will gather a few basic points to defend my personal faith and use them to empower others to understand the logic of God's existence. Details.

Positive influence on people you encounter

The Coastal Plain that runs along the Mediterranean Coast in Israel.
(click on image for larger size) 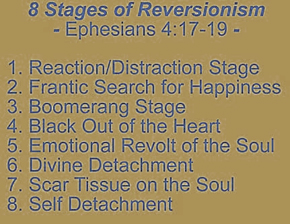 "Talk what we will of faith, if we do not trust and rely upon Him, we do not believe in Him."
- Antony Farindon

Events in the book of Job and the chapters in Genesis concerning Abraham occur at the same time historically.

The Ojibwe Indian tribe from what is today Minnesota has this ancient account of the Flood: "There came a time when the harmonious way of life did not continue. Men and women disrespected each other, families quarreled and soon villages began arguing back and forth. This saddened Gitchie Manido [the Creator] greatly, but he waited. Finally, when it seemed there was no hope left, Creator decided to purify Mother Earth through the use of water. The water came, flooding the Earth, catching all of creation off guard. All but a few of each living thing survived."

"A foolish son brings grief to his father and bitterness to the one who bore him."
- Proverbs 17:25

Maintenance of your relationship with the Lord through confession, obedience, prayer and the daily inhale of his Word are the source of your power, growth and production.
John 1:19-51
New International Version (NIV)
John the Baptist Denies Being the Messiah
19 Now this was John’s testimony when the Jewish leaders in Jerusalem sent priests and Levites to ask him who he was. 20 He did not fail to confess, but confessed freely, “I am not the Messiah.”
21 They asked him, “Then who are you? Are you Elijah?”
He said, “I am not.”
“Are you the Prophet?”
He answered, “No.”

53 Then they all went home,