"The prophet Elisha summoned a man from the company of the prophets and said to him,
'Tuck your cloak into your belt, take this flask of olive oil with you and go to Ramoth Gilead. When you get there, look for Jehu son of Jehoshaphat, the son of Nimshi. Go to him, get him away from his companions and take him into an inner room. Then take the flask and pour the oil on his head and declare, This is what the Lord says: "
I anoint you king over Israel." Then open the door and run; don’t delay!'

So the young prophet went to Ramoth Gilead. When he arrived, he found the army officers sitting together.
'I have a message for you, commander,' he said.
'For which of us?' asked Jehu.
'For you, commander,' he replied.
Jehu got up and went into the house. Then the prophet poured the oil on Jehu’s head and declared,
'This is what the Lord, the God of Israel, says: "I anoint you king over the Lord’s people Israel. You are to destroy the house of Ahab your master, and I will avenge the blood of my servants the prophets and the blood of all the Lord’s servants shed by Jezebel. The whole house of Ahab will perish. I will cut off from Ahab every last male in Israel—slave or free. I will make the house of Ahab like the house of Jeroboam son of Nebat and like the house of Baasha son of Ahijah. As for Jezebel, dogs will devour her on the plot of ground at Jezreel, and no one will bury her." '
Then he opened the door and ran.
When Jehu went out to his fellow officers, one of them asked him, 'Is everything all right? Why did this maniac come to you?'
'You know the man and the sort of things he says,' Jehu replied.
'That’s not true!' they said. Tell us.'
Jehu said, 'Here is what he told me: "This is what the Lord says: 'I anoint you king over Israel.' " '
They quickly took their cloaks and spread them under him on the bare steps. Then they blew the trumpet and shouted, 'Jehu is king!' "
Kings 9:1-13

Jehu Anointed to Overthrow the House of Omri

When Elijah fled to Mount Sinai from Jezebel the Lord gave him three things to do in 1 Kings 19:15-18

Elijah first anoint Elisha to become his prophetic replacement in 1 Kings 19:19-21. In 2 Kings 8:7-15 Elisha went to Damascus in Aram to anoint Hazael who then replaced Ben Hadad as the king over Aram. The last thing Elisha needed to accomplish in order to complete the ministry given to Elijah was to find a Jehu and anoint him to replace the wicked dynasty Omri and his of Baal worshipping sons and grandsons.

Elisha selects a young prophet from the company of the prophets to run to the east side of the Jordan River to anoint General Jehu as the next king. According to the Jewish tradition this prophet was Jonah (Details). (Jonah makes an appearance again in 2 Kings 14:25)

As soon as Jehu is anoint the revolt begins and the house of Omri is destroyed. Jehu’s image appears bowing on his knees with his face to the ground on the Black Obelisk of Shalmaneser III, the Assyrian king (Details, images)

Do I get frustrated during times of testing?
Do plaiI comn during a test that if passed would propel me to the next level of understanding?
I will focus on being obedient and act in righteousness.
I will trust God to open doors and provide options.

An ancient Roman road in Sepphoris. Notice the goove cut in the pavement stone by the wagon wheels. (Details on Sepphoris.)

Details of the invasions Jehoiakim suffered in 2 Kings 24:2

“Christianity explains the facts of reality better than any other worldview because it relies upon divine inspiration, observation, reason, personal experience, history, and intuition.” - David A. Noebel, Understanding the Times

Depravity – The total depravity of man means that sin’s corruption has extended into every part of man’s nature (mind, intellect, body, will, emotions, desires, etc.) and also, that there is nothing in man to empower him to gain a right standing with God or commend him to a holy and just God. Total depravity does not mean that every man has thoroughly acted out his depravity or that men do not have a conscience or that they will engage in every type of sin or that a totally depraved man cannot do any good. Total depravity means that man is as bad off as he can be, but it does not mean he is as bad as he can be.

Judges 13:2, 25 and 16:31 names Samson’s hometown as Zorah. Today it is called Sur’ah and is 15 miles west of Jerusalem on a hill north of the Valley of Sorek. Located here is an impressive rock altar similar to the altars built in the days of Judges. This may be the altar Manoah burnt offerings and had his encounter with the angel of the Lord in Judges 13:19-20.

Treat others with grace whenever you have a chance. 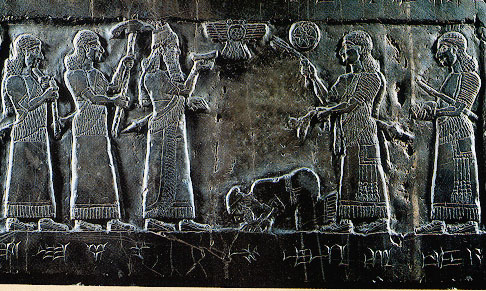 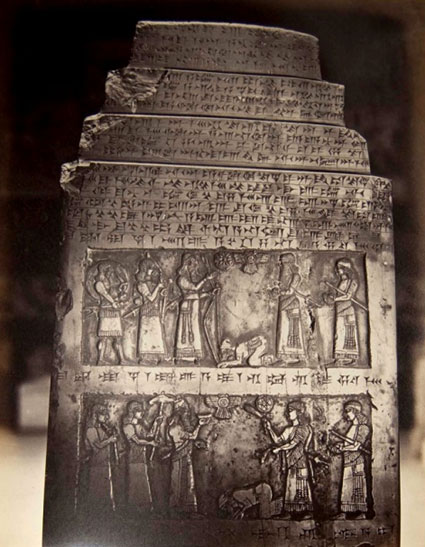 1 Kings 19:15-18
New International Version (NIV)
15 The Lord said to him, “Go back the way you came, and go to the Desert of Damascus. When you get there, anoint Hazael king over Aram. 16 Also, anoint Jehu son of Nimshi king over Israel, and anoint Elisha son of Shaphat from Abel Meholah to succeed you as prophet. 17 Jehu will put to death any who escape the sword of Hazael, and Elisha will put to death any who escape the sword of Jehu. 18 Yet I reserve seven thousand in Israel—all whose knees have not bowed down to Baal and whose mouths have not kissed him.”
1 Kings 19:19-21
New International Version (NIV)
The Call of Elisha
19 So Elijah went from there and found Elisha son of Shaphat. He was plowing with twelve yoke of oxen, and he himself was driving the twelfth pair. Elijah went up to him and threw his cloak around him. 20 Elisha then left his oxen and ran after Elijah. “Let me kiss my father and mother goodbye,” he said, “and then I will come with you.”
“Go back,” Elijah replied. “What have I done to you?”