Looking to the Higher Power

Psalm 123 is also in the collection of psalms known as the “Songs of Ascent” sung by worshippers and visiting pilgrims as they made their way up the southern stairs during the processional portion of the temple ceremony and into the temple courts. (See photo of steps on south side below.)
This Psalm appears to have been written and originally performed after a lengthy period of community affliction and oppression (123:3-4). Psalm 123 was likely written during the Jew’s time in Babylon (exilic period) or after their return to Jerusalem (post-exilic period).
This psalm served as a source of encouragement for the community as public profession of faith in God was made by the individual and the whole community. In verse 123:1 the singular individual is likely the officiating priest. And, the plural of verse 123:2 is the response of the community.
The statement to “lift up my eyes” is reference to prayer. And, the comparison to male slaves looking to their master and female slaves looking to their mistress is an all-inclusive call to everyone in the community to pray since we all are dependent on the Lord.
The lyrics of Psalm 123 focus on the fact that the people on earth are completely dependent on the God who is above. The people below look upward toward their God who is not merely above them, but is also “enthroned” in “heaven” above their afflictions and ruling over the powers that oppress them below on earth. 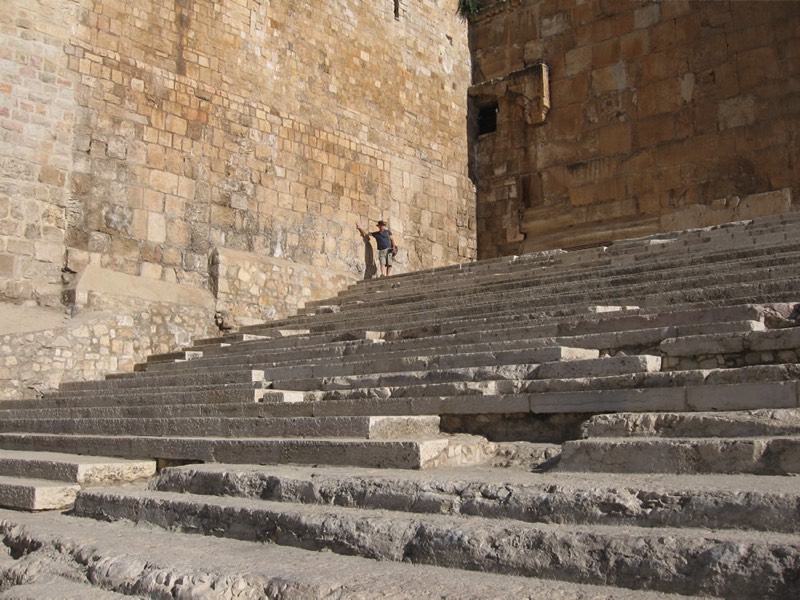 Yisrael (Hb) - Israel (Eng) – Yisrael is a sentence name whose oldest discovered inscription has been found in the Egyptian victory song inscribed in Merneptah’s 1225 BC burial temple at Thebes. The Hebrew word for God, El, is identifiable in Yisra-el. Genesis 32:29 and Hosea 12:4 make El (“God”) the object of the sentence name Yisrael so it means “striver with El” or “the one who contends with El.” Other interpretations make El the subject and interpret the verb part of Yisra-el (Isra-el) to mean “upright,” “shines,” “heals,” “rules,” “contends.” This would interpret Yisrael to mean “El is upright” or “El rules.” Some have suggested Yisrael was a war cry such as “May El contend.” Yisrael (Israel) is used more than 2,500x in the OT.

Am I trusting in God’s mercy or depending on my own strength?

Details of 1 Kings 15:25-34 concerning the conflict between Baasha of Judah and Nadab of Israel.

"A yearning for physical wealth has replaced our longing for spiritual maturity."
- Galyn Wiemers

Response: Simple answer. Almost exactly the same way evolutionists would describe the functionality and modeling of an ecosystem.

"The eyes of the Lord keep watch over knowledge,
but he frustrates the words of the unfaithful."